“Francine swam a quick few overhand strokes to the edge of the pool. She gripped the ladder rails and climbed out. The air was cool and it chilled her. She glanced for her robe and remembered she’d left it at the shallow end. She grabbed one of Alice’s fluffy pool towels and covered herself as best she could. As she scrambled to the spot Mary Ruth was backing away from, she tried hard not to breathe in the odor she now recognized from her days as a nurse. She squinted, trying to be certain it was what she thought it was – a man-sized thing that flopped out of the shed and landed on its side.” 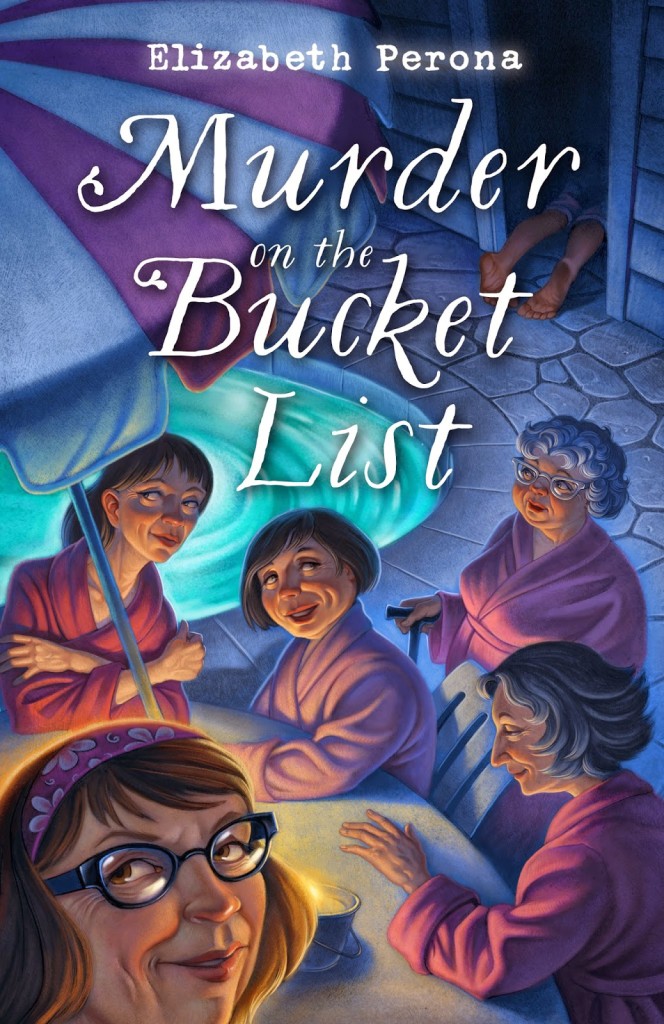 Murder Under the Covered Bridge

When the septuagenarian women of the Summer Ridge Bridge Club gather in secret late one July night, their goal is to check #10 off Joy’s bucket list (#10 Go Skinny Dipping). But as Francine observes, the jittery members seem more obsessed with body issues and elaborate preparations than actually stripping down and getting in the pool. A pungent smell emanating from the pool shed leads them to open it and a dead body flops out, practically an answered prayer for Charlotte and her bucket list (#1 Solve a Murder Mystery). But before Charlotte and Francine can discover who really killed the dead man, they must negotiate neighborhood tours of the crime scene, press coverage of their skinny dipping, warnings from the Homeowner’s Association about keeping dead bodies, a disastrous appearance on Good Morning America, media offers sought by a hungry publicist, and a clever killer.

Murder Under the Covered Bridge

With the goal this time of creating a sexy pin-up calendar, the “skinny dipping grandmas” head for the Parke County Covered Bridge Festival where Francine recreates a scandalous event from her family’s past. Keeping it a secret won’t be easy, though. Francine’s cousin William breaks into the photo shoot with a mysterious gun-toting landowner firing at him. When William suffers life-threating injures, Francine and Charlotte go into detective mode to uncover the secret William knew about the landowner. Their success, however, depends on surviving two arson events, a séance, a shortage of Mary Ruth’s wildly popular corn fritter donuts, memory-challenged nursing home residents, and a killer who refuses to go up in flames. 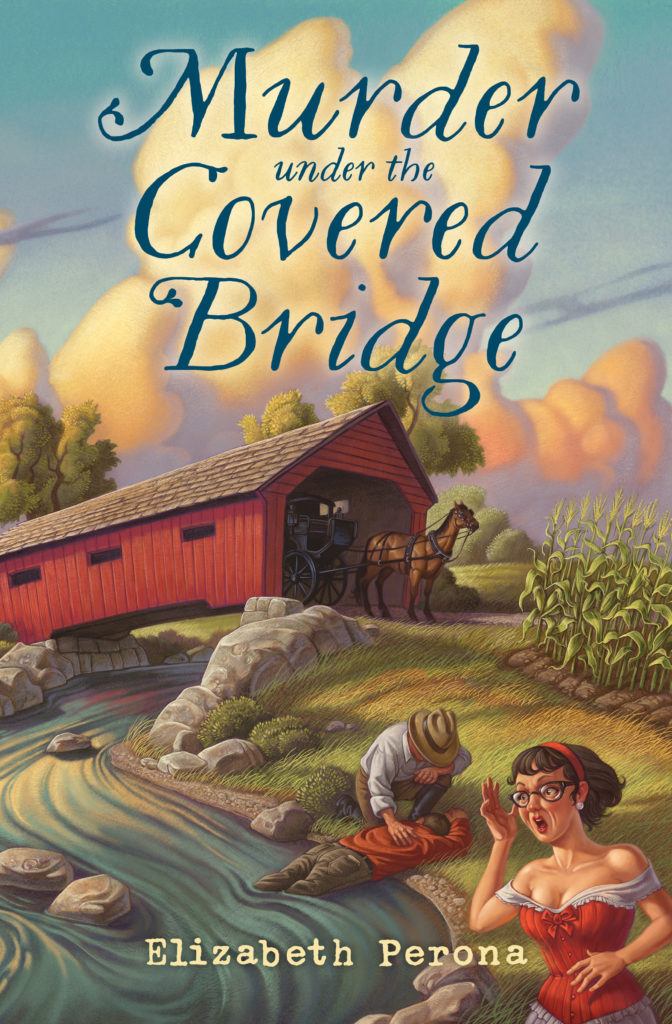 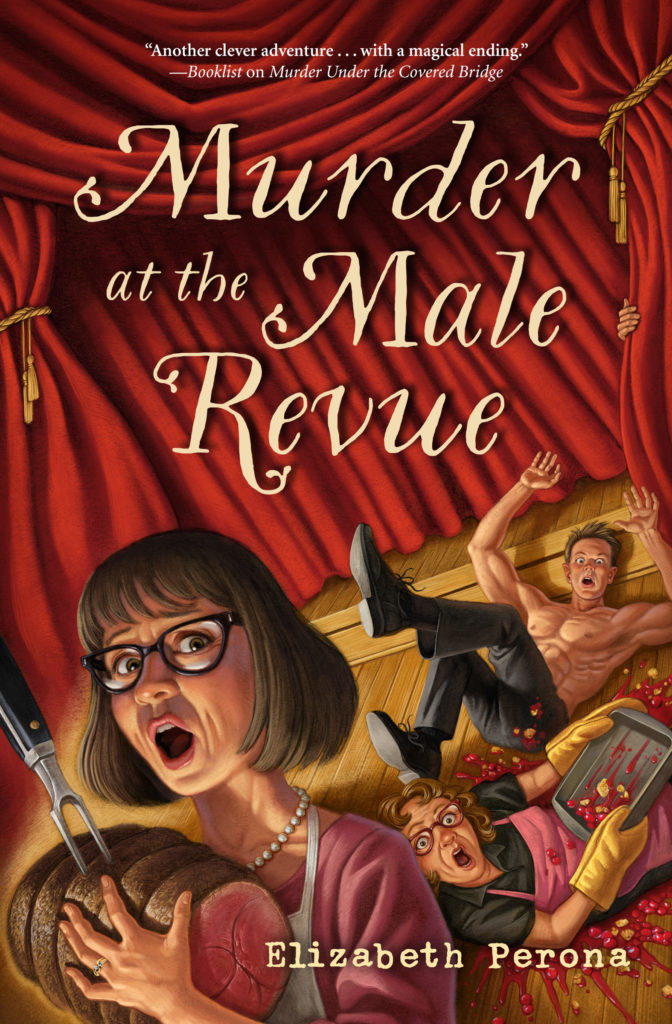 Murder at the Male Revue

When Mary Ruth’s company is hired to cater a fundraiser featuring the Royal Buckingham Male Dance Revue, the ladies see the chance to cross another item off their bucket list: helping divorcée Joy McQueen get over her decades-old fear of men in the buff. But when fundraiser sponsor Camille Ledfelter is stabbed to death, the women must uncover the naked truth about who wanted her dead.

Proving who did it, however, will require dodging a persistent stripper-for-hire, surviving the American Legion Bingo, drinking high-end cognac, searching for a certain 3-D printer, and laying bare the motives of a dangerous killer.

“Murder on the Bucket List is the best kind of cozy mystery – inviting, engaging, intelligent, warm, and witty. Elizabeth Perona’s ensemble cast of senior sleuths puts out a welcome mat I couldn’t refuse, and you shouldn’t either. What’s on my bucket list? Moving to Brownsburg, Indiana and joining the members of the Summer Ridge Bridge Club for their next adventure. I can’t wait!”

Sign up to receive news about book signings, new releases, and other fun stuff!